Otaku House to be in Singapore Toys, Games and Comic Convention (STGCC 2009) 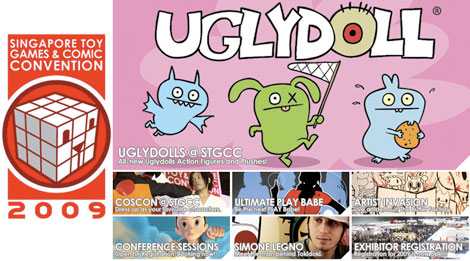 Otaku House will be joining this year’s Singapore Toys, Games and Comic Convention at Suntec City from 14 to 16 August!

The popular designer vinyl toys ‘Qee’ is also finally back in Singapore and will be launched by Otaku House at booth H01 during the convention. Watch out for us during the event for great Qee promotions! More details on the promotion coming up soon.