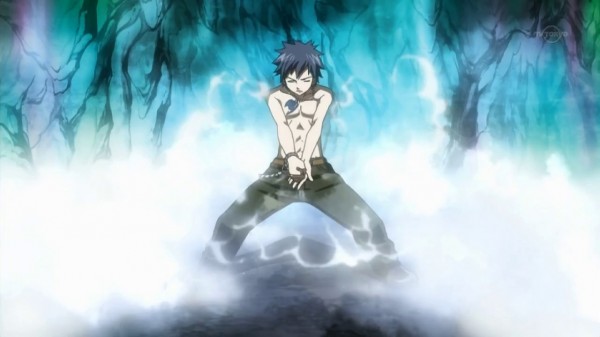 This is an old collection from my blog that I decided to share with the Otaku House community. Because I just can’t get enough of those topless men. -rubs palms in cackling glee-

In manga-land, one of the main distinct distinctions between the anime 2D men and the real 3D ones (besides the outline) is the mysterious lack of nipples. Now nipples have never had any real functionality for men in the 1st place. The fetus gets the nipples before the fetus gets a gender. And if the gender turns out to be the Y Chromosome, it’s just too bad; it gets a couple of useless punctuations on its chest. And so, that is why this flaw in nature is corrected by the artists who believe in the ideal world when they draw them sexy topless men. Now that’s a string of pearly wisdom for you to start your day off with.

Want to contribute to this collection?

And now, get ready for some sexy topless 2D men.

Screenshots below are from the respective anime for your ogling pleasure.

Anime : Gintama
Character : Sakata Gintoki
Comments : Give me a piece of that “White Demon”! My favourite anime Ending of all time from Gintama featuring the male cast without their shirts on is what inspired me to start this meaningless collection in the first place! Hurrah for fangirl-dom! 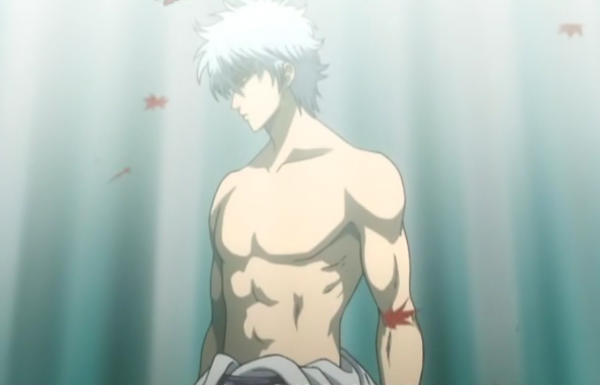 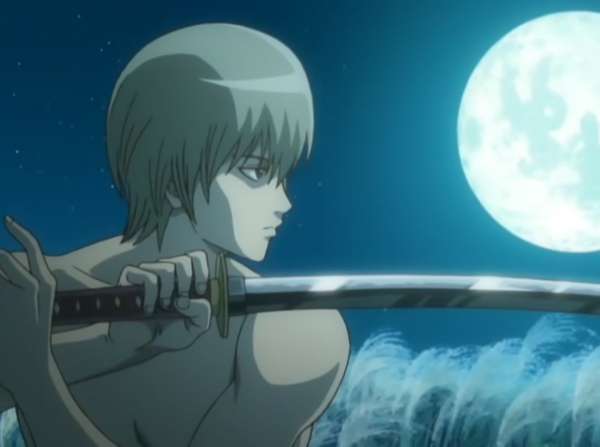 Anime : Gintama
Character : Sakata Gintoki and Hijikata Toushirou
Comments : Ok, last one from Gintama before moving on. This scene of the 2 hottest men in the series getting the heat up with just a modest little towel covering their whatever, and going at each other has got to be one of my fave scenes in anime history :)~~ 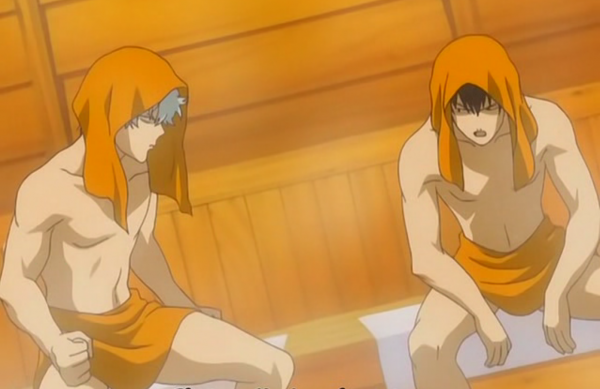 Anime : Fairy Tail
Character : Gray Fullbuster
Comments : This collection wouldn’t be complete without Gray now, would it. Juvia would so kill me for ogling at him.

Anime : D.Gray-man
Character : Kanda Yuu
Comments : I waited so many episodes to finally get a glimpse of topless Kanda with his hair down, all battered and in need a hug. 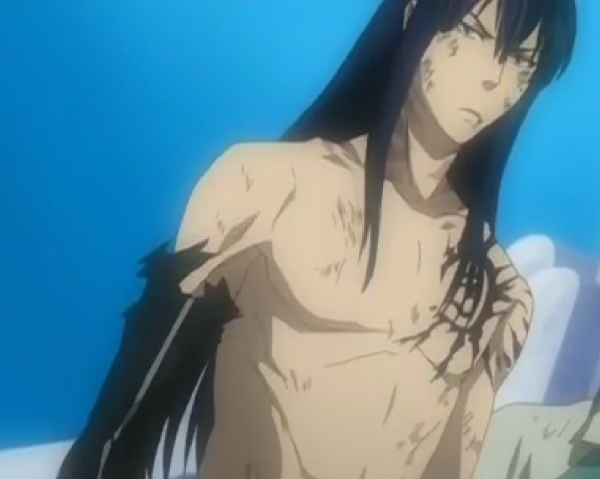 Anime : Ouran High School Host Club
Character : The Hosts
Comments : Nothing much to expect from pubescent boys. Come back to mama after you cultivate some muscles. 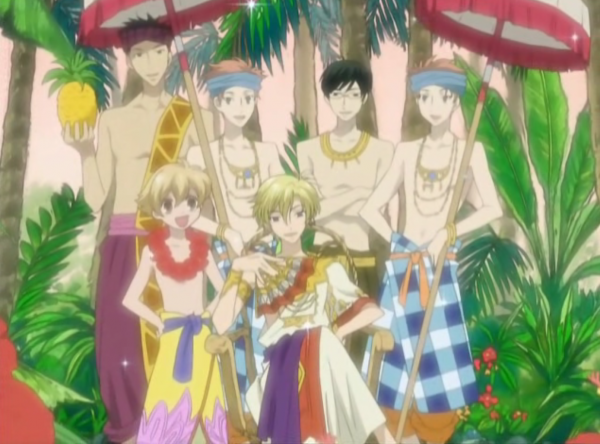 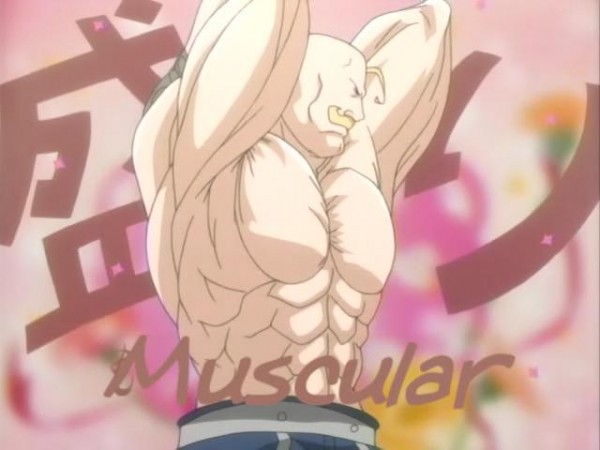 Anime : Gintama
Character : Hijikata Toushirou
Comments : KYA!! Yes, this is what I’m talking about. That’s the way you draw a man! 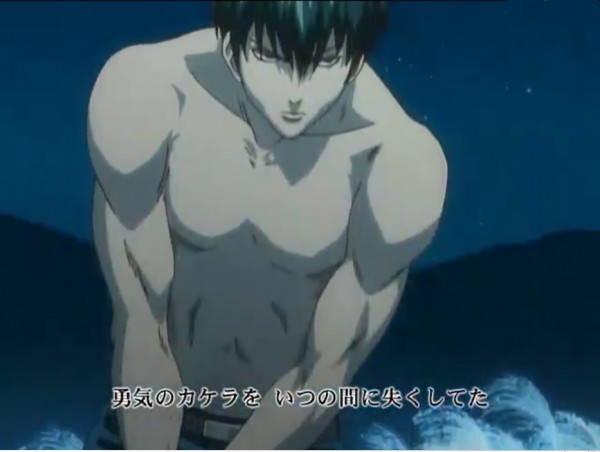 Anime : Inuyasha
Character : Sesshomaru
Comments : The dangerous elder brother of Inuyasha gets one; yes just this one shot of bare chest skin in the entire hundred over episodes of franchise. And we only get to see half of that chest!! -pouts- 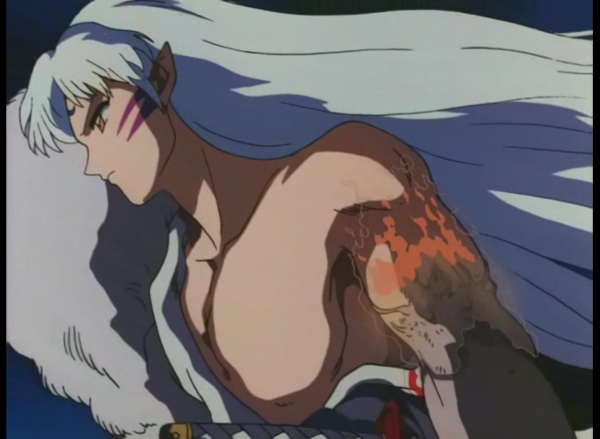 Anime : Vampire Knight
Character : Kiryuu Zero
Comments : He looks cool with this black uniform on. But underneath it all, Zero comes off as some malnourished vampire. Time to hit the gym buddy!! 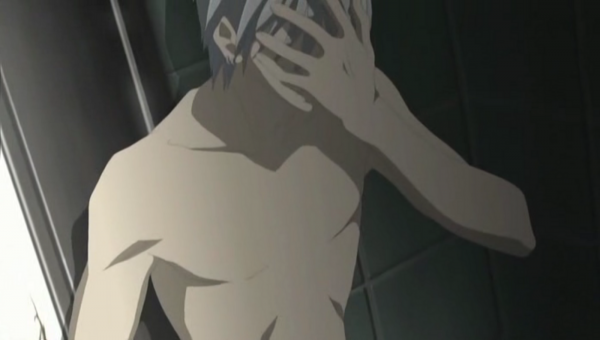 Anime : The Melancholy of Haruhi Suzumiya
Character : Kyon
Comments : You remember the Endless 80,000 arc in this series where Kyon and Itsuki talk about kissing Haruhi. That didn’t happen, and the only scene worth re-watching at all was Kyon laying lazily on his couch with his pants pulled just abit too low. 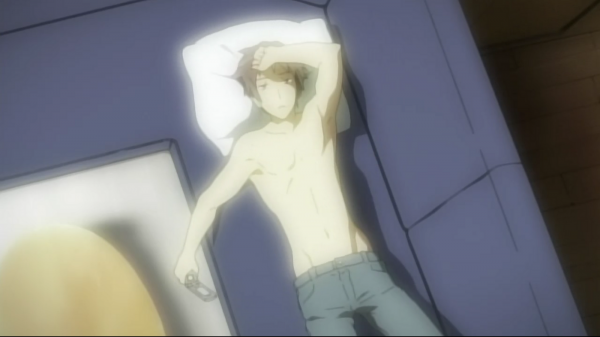 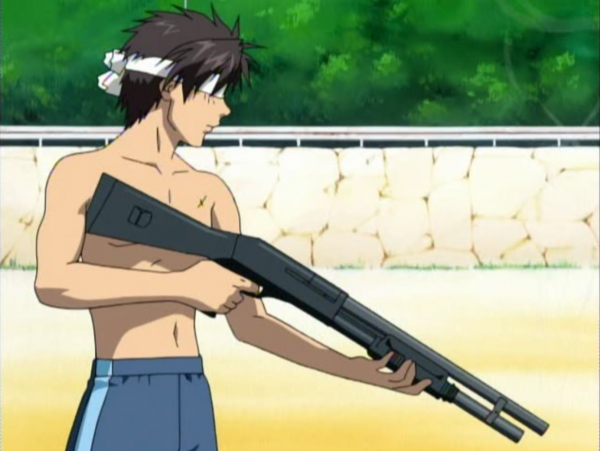 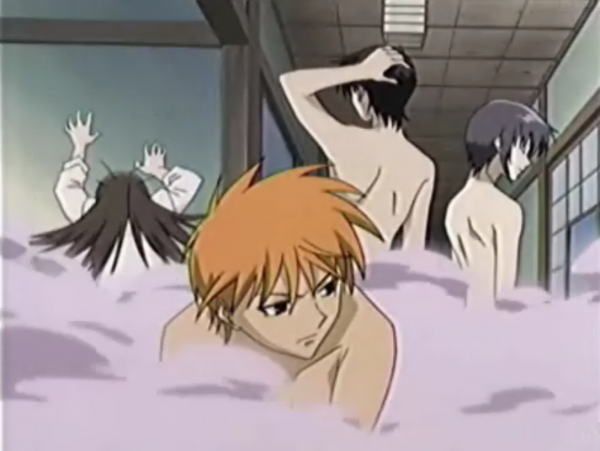 Ok, this is the best I can do before the guy next to me yelled at me to “GET A LIFE!”.

Not enough skin for you? Contribute! Send the screenshots of topless anime guys you come across to [email protected] to help keep this collection growing! 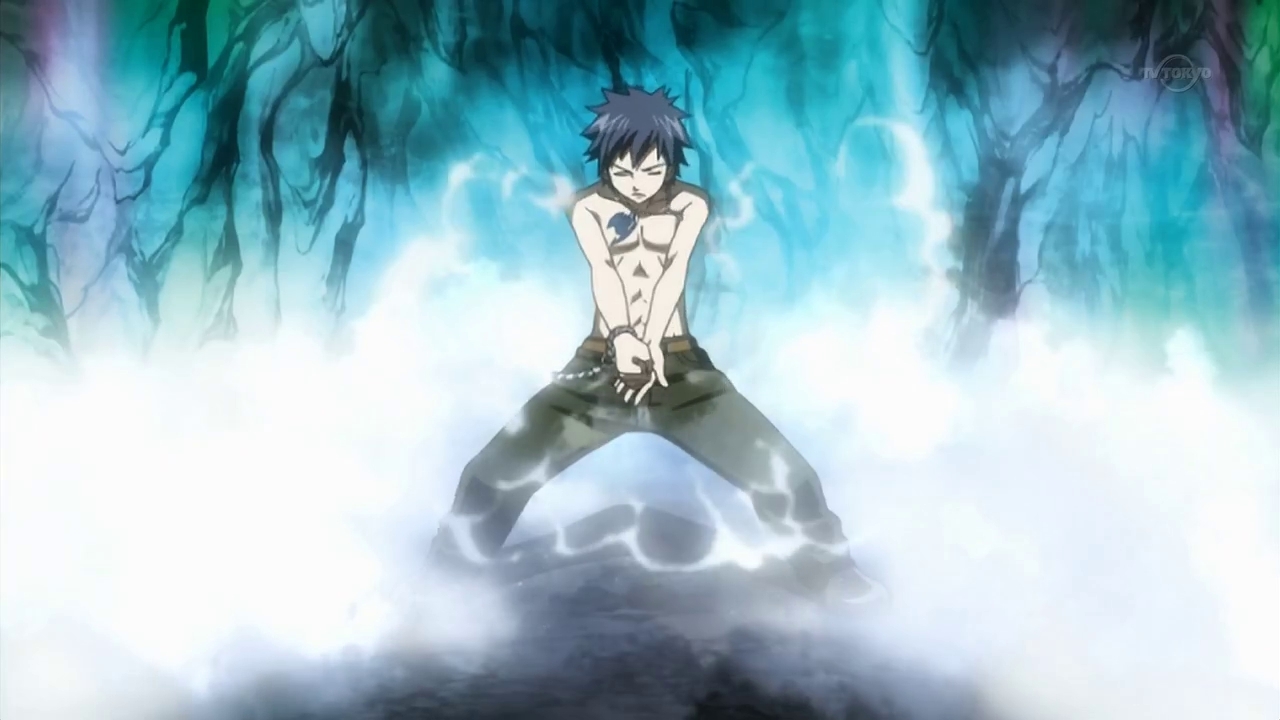