Don’t we all just love free stuff? Yes, we do! Otaku House have 5 pairs of exclusive The Wind Rises gala premiere tickets specially for our sweet Otakus and Studio Ghibli fans!

The Wind Rises will be soaring onto our silver screens on 20 March 2014! It was the highest-grossing Japanese film in Japan in 2013! It won several awards and was nominated for the Academy Awards for Best Animated Feature and even the Golden Globe Award for Best Foreign Language Film!

So here’s your chance to win a pair of tickets to the gala premiere of this highly-acclaimed Studio Ghibli classic-in-the-making in Singapore a day before everyone else in the city state watches it (Gala Premiere details below)!

Use the hashtag #OtakuHouseTheWindRises, tag us on Facebook from your wall, and tell us what are your dreams/ambitions when you were young.

Eg. “Otaku House, my ambition is to create a badass fighter plane #OtakuHouseTheWindRises”

Tweet at us on Twitter (@myOtakuHouse), use the hashtag #OtakuHouseTheWindRises and tell us what are your dreams/ambitions when you were young.

Remember in our review, the spark of a sentence that inspired the film, “Le vent se lève, il fauttenter de vivre.”

Yes, that’s right, “The wind is rising! We must try to live.” So live while you can and score some free tickets to The Wind Rises! またね！ 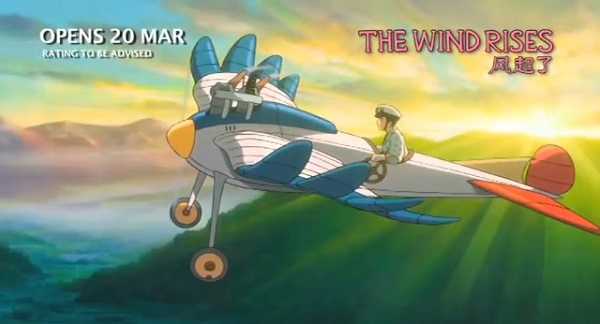