Check out this promotional video of the TV drama series adapted from the shoujo manga Skip Beat! Fans of the series will not need subtitles to tell who’s who in the video!

Produced jointly by Japan and Taiwan, the Skip Beat! live action drama series is in Mandarin and features an international cast assortment, with the setting in Taipei of Taiwan instead of Tokyo. The official title is 華麗的挑戰 (hua li de tiao zhan) which literally translates to “Extravagant Challenge”; in reference to the extraordinary challenge Mogami Kyoko took upon herself to defeat Fuwa Sho in show business as revenge for breaking her heart.

While I’ve always felt that the premise of the ‘challenge’ in Skip Beat! is by all accounts confounding (I mean, why don’t she just reveal all of Shotaro’s dirty secrets to the media if revenge is what she wants), the beautiful story nevertheless has a strange charm to it. And I’m absolutely delighted by the casting.

Taiwanese actress Ivy Chen stars as Mogami Kyoko, and she’s in my opinion way too sweet and pretty for the unhinged Kyoko! Not that I’m complaining. And for once, K-Pop and J-Pop fans have a reason to unite behind this series as South Korean Boy Band ‘Super Junior’ (Sorry sorry…) members Siwon and Donghae stars as Tsuruga Ren and Fuwa Sho respectively. 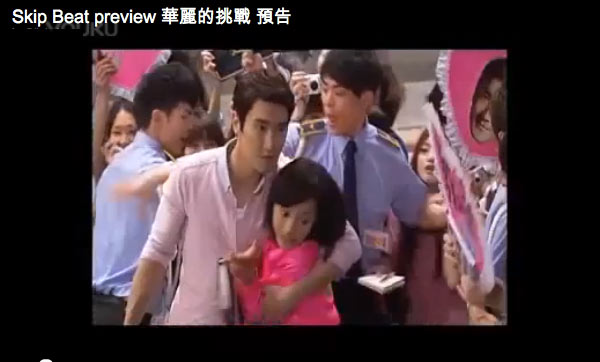