Kaze is back alive here in OH and before I work on the listing for the OH Cosplay Idol, I like to do a special entry in light of the showing of Rurouni Kenshin to various parts of the Southeast. Mild spoilers quite ahead!

We are all familiar with anime/mangas turned into live action and ending up getting rants from fans over its storyline, scenes, and the unrealistic character plays of these versions. While some have been able to get critical acclaim from the fan communities, such as Death Note and Nana, many are skeptic by the time the Rurouni Kenshin Live Action film was released. Seeing the movie yesterday… well, I have to admit it exceeded all standards as the movie could be considered the 100% rendition of the series.

Mess with the Businessman, and the Gatling Gun will mess with you

One of the notable things I find cool with this rendition of the series is the not-so rushed storyline plus the scenes how Kenshin began his transition from the Battousai to his current Rurouni status. While this transition scenes were not in the series, it gives non-fans of Rurouni Kenshin a somewhat realistic notion on how hard it was in the era, especially for samurais. Kenshin’s flashbacks also shown how he was influenced by his killings that made him turn away from being the legendary Battousai. Yahiko fans won’t see his backstory on this, although you will find him very Yahiko-ish on his scenes.

Sanosuke’s entrance to the storyline is also different from the original, as well as how Megumi enters the Kamiya household. However, Sanosuke’s role here provided comic relief in the story which may cause unexpected laughter and a sharp turn from the supposed serious fight-scene.

The movie can also be considered a brief summary of Season 1 of the Anime as we see how Kaoru and Kenshin meet (it was very hilarious… poor Dango!), how Sanosuke and Kenshin first brawl and the scenes where we see Megumi and Kanryu Takeda. I have got to love Takeda here considering how he showcases his hatred towards the Meiji era and the scenes where he throws money at the addicted samurais to kill Kenshin and Sano. For those who would realize it, some scenes would also show the effects of opium to users… cue in Zombie Samurais.

Saito’s role here, while minor, also provides your usual Saito pleasure although he does not actually appear in the original timeline in these scenes. The Shinsengumi turned Policeman tries to provoke dear Kenshin to his Battousai performance and yet maintains he is still a samurai at heart. Never diss a man who can kill you even if you are using a gatling gun, I believe Takeda will never forget it.

Takeru Sato’s take to the gentle, somewhat clumsy and yet deadly Kenshin Himura gets a stellar grade from me as his expressions mirrored the ones we see in the manga and anime from Kenshin. Hands down for his swordfighting skills and execution in the movie! What I also liked about Takeru Sato’s take is how he transitioned from his Kenshin persona to his Battousai when he fought Jin’ei, it gave me shivers when I heard him on that scene.

Kaoru and Yahiko played minor roles here although they still have the same personas as that on the anime/manga series. Loved Yahiko mostly because while he was already noted as a student of Kaoru when Kenshin appeared, he still fights with Kaoru like cats and dogs. Emi Takei’s take on Kaoru was alright as well considering the role she played in the movie.

Sanosuke here… well, lets just say the rooster-head made his mark on many viewers when I watched the film as his street-fighter persona and food loving nature appeared in various instances you will never expect. I mind you guys to pay close attention as Munetaka Aoki showcased Sano like we have never seen before.

Saito… yare yare Saito reminded me of Shishio Makoto’s seiyuu in terms of looks. I dunno why, but make Masanori Ikeda younger and poof, you get Yosuke Eguchi as Saito. Eguchi’s take of Saito is also close to the original, although I have to admit his appearance when Kenshin and Sanosuke tried to confront Takeda was just a scene-stealer.

Yuu Aoi’s Megumi is also something to look forward to because she even got the sly-fox persona, and at the same time the Megumi we all love. I couldn’t help but pity her on some scenes, especially when Takeda punished her for not making him opium. Ah, now I mentioned Takeda, I loved him! Teruyuki Kagawa gave Kanryu Takeda new life as his somewhat flamboyant take just got me so amused in his scenes. He even got his band of helpers that agreed whole-heartedly with him even if something was really up.

Finally of course is Kouji Kikkawa’s Jin’e Udo portrayal, which surprisingly is similar to the portrayal of Takeru Sato as Kenshin. The former warrior who now claims to be Battousai struck fear in the big screen and just loved his eccentricities in this film. Praying inside a temple of the Gods of War while it’s burning… well… I find that totally frightening.

Definitely a must watch considering the choreography, battle scenes and the transitions. We see the Shogunate Era from some of the flashbacks to the present Meiji Tokyo portrayed in excellent detail similar to the anime/manga. I did love seeing the festival scenes in the beginning of the film, plus the alleyways of post-shogunate Japan.

Scenes were done as accurate as one could expect it. Normal scenes in the dojo wherein the Kamiya household took turns with their chores, as well as how they confronted the epidemic is epic. Fight scenes, gotta love fight scenes but sadly the Saito vs. Kenshin fight was not similar to the manga/anime, disheartening. But the screenplay here was very superb! I also find most of the fight scenes similar to a dance, especially when Kenshin and Sanosuke took on their opponents. Watch out for Sano!

Aside from this, the flashbacks and the individual scenes for the characters is a stroke of genius considering the effects and atmosphere it portrays. The rain effect on most of Kenshin’s flashbacks also provided some mystery to Kenshin’s thinking in the Shogunate period.

Location wise, I find it informative and definitely a new take on the series. Takeda’s mansion was indeed similar and yet there’s an added flair to it that gives you a somewhat English feel that would have appeared sometime later in the series. The old Japanese police station where Megumi was held also provided some information, especially if you are a big fan of Japanese history and culture. I found this part informative as I never knew that Japanese police offices held special rooms for sketching criminals, plus the prisons are very degrading. There’s also the fact that police stations also have their own archery field inside their compound.

Kaoru’s dojo was a bit off from the original, but I have to admit the portrayal of the dojo was a great change considering how the light played a key role in showing the dojo’s detail. Plus I think this made the dojo somewhat close to what Japanese dojos look like in the past.

Over all, I would bow down to Director Keishi Otomo for his stellar job in making this movie come to life. Definitely a must watch for both Rurouni Kenshin fans and non-fans alike. 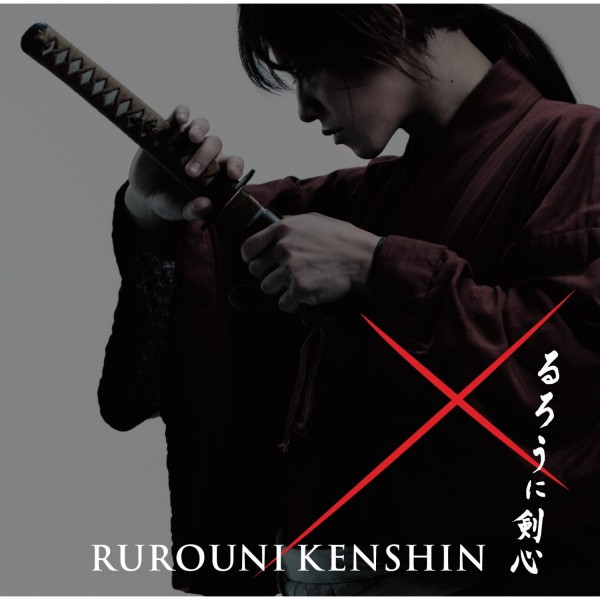 For those who have watched it, a sequel is rumored to be in the works. No concrete details as of today, but according to reports, Spanish media company Mediatres Estudio is working on the sequel. I pray Aoshi or Shishio Makoto! Oh, lets not forget the fight between Kenshin vs. Saito!

The movie will be released throughout Asia, Australia, Europe and the United States in their respective dates this month; while the Japanese DVD/Blu-Ray versions of the film will be released on December 26. Are you ready to see another legend in the big screen? 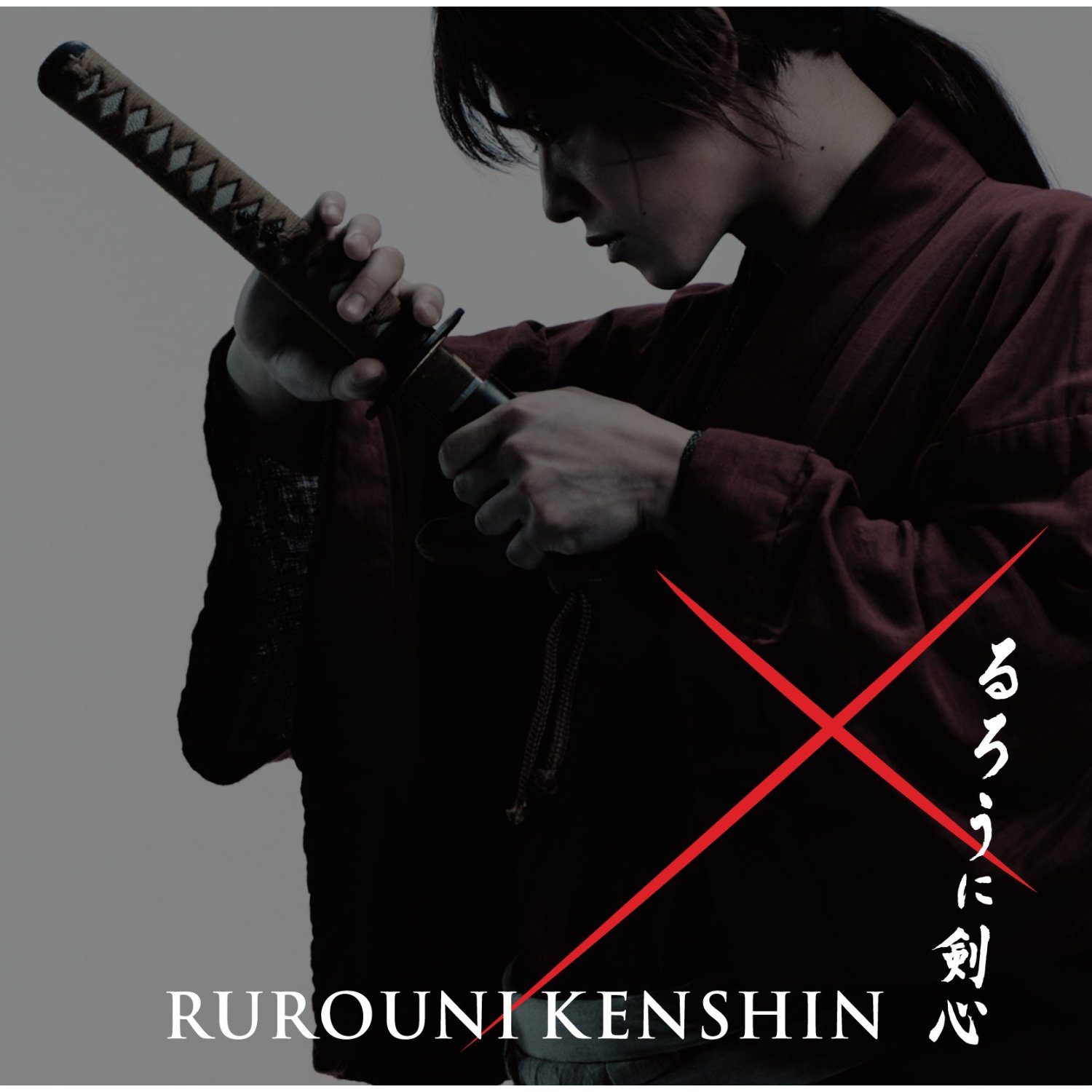