Stay tuned on Otaku House Facebook for movie ticket giveaways to this awesome Japanese novel-turn-movie by the director of NANA!

Fashion, Friendship, Romance. It’s All on the Runway.

You can change if you believe in yourself.

It was a life-altering encounter. High school sophomore, Mei Tsukamato (Nanami Sakuraba), on visiting her mother in the hospital meets two teens her same age, one a wheelchair-confined Kirara Miyamoto (Erina Mizuno) and another interesting young man. The very next day, he shows up in her class as a new transfer student by the name of Beat Mizorogi (Koji Seto), and nothing will ever be the same. When Beat witnesses the bullying of a computer nerd named Satoshi Inuda (Kei Tanaka), he invites himself along with Mei over to Satoshi’s house for a fashion makeover that turns him into “Wanda”, the newly-minted “coolest guy in school”.

When “Wanda” arrives at school the next day, the entire class is astounded and assumes a new attitude toward him, including Miki “Mikitty” who had treated him coldly, and Goda, his “extortionist”. Beat, hailing from a tailor’s family with an abiding love for fashion design, sets about transforming the school from the outside in. The excitement and creativity of Beat’s designs brings the class together and prompts them to launch a fashion show was a new tradition at their annual school festival. But the runway ahead is fraught with snags. First, the students find out that the school had been slated for closure at the end of the current school year. And then an incident involving the theft of Beat’s designs threatens to tear apart the hard-earned class camaraderie. Can they pull together to save their show and school? And what will Beat’s ultimate legacy and impact be on everyone’s lives? 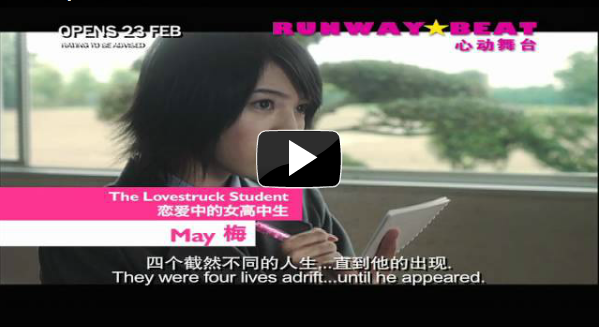