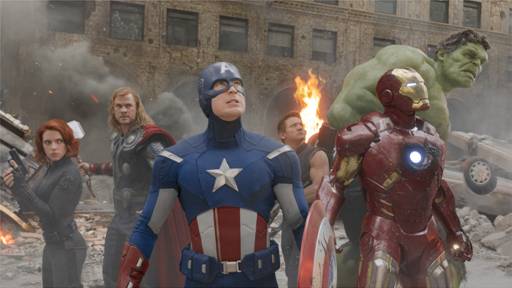 Not really an anime, but the Avengers inspired a whole horde of cosplays all the same. We have accepted a review of an external review of the movie by an external blogger who writes for Mochi Bytes. Check them out!

I didn’t think Whedon could do it

Somewhere on Facebook, two or three years ago, I shared my doubt with a friend that Joss Whedon could do the Avengers justice. I mean, come on. Whedon was good. He did Buffy the Vampire Slayer. He wrote good comics. Great comic dialogue. But this was THE AVENGERS. Earth’s Mightiest. So mighty that each member of the team commanded their own solo films (Captain America, Thor, Iron Man 1 & 2, The Hulk 1 & 2).

For those of you who don’t know, The Avengers is an American comic book that started in 1963 and continues today. If you want to compare it to Japanese manga, it is as popular in the United States as the Dragonball series is in Nippon. In the comic, the team began with the members Iron Man, Thor, the Wasp, Giant Man, and Hulk. Very soon after the team was formed, Captain America joined. The 2012 live-action adaptation of the film had a somewhat different roster, but the reason for coming together was the same- to beat the villainous Asgardian god, Loki.

How could Thor, a god, require help to beat the bad guys?

People have been waiting to see this movie for years, some people have even waited for decades. I was skeptical that anyone could meet such high expectations and get these larger-than-life characters all in one room without making it look corny or self-important. How could you make the Hulk and Iron Man talk to one another calmly for more than two minutes? How could you have Thor, a god, require help to beat the bad guys? How could you handle a team of 6 when they couldn’t even make the Fantastic Four compelling enough? How could you make such an over-the-top powerhouse team dynamic work? They might be able to do some fun CGI action but no way you could present an impressive dialogue to match, and give each character the screen-time he deserves.

I would like to time travel back to two or three years ago to that skeptical me and slap myself in the face. How dare I not have faith in The Whedon. I humbly and gratefully stand corrected. After gasping and laughing and stomping my feet, after the movie was over, after giving it a standing ovation, I wrote on Facebook- He did it. Whedon really did it. And I want MOAR.” The movie opened in the United States at $207.4 MILLION, breaking the record as #1 over all other opening weekends, including Harry Potter and The Dark Knight.

SPOILER ALERT on the next page