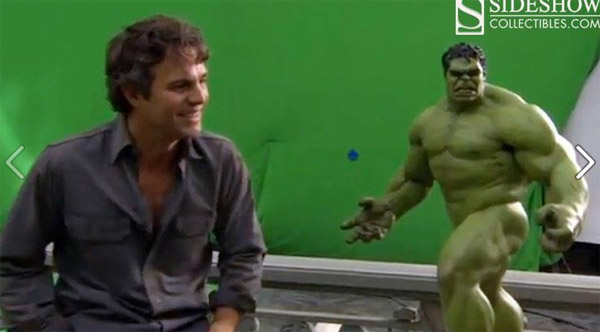 The Hulk– People were really worried about this one. Some enjoyed Edward Norton as Banner a lot and didn’t know if Mark Ruffalo was up to take his place. Others just didn’t like the Hulk movies at all and thought he couldn’t be done right. But that’s because the Hulk is more of a raw emotion than a real personality. It’s hard to make him work as the main protagonist, but he is gold as a supporting character. A big animalistic monster that rarely shows its human awareness. The audience loved every bit of him. And the subdued Ruffalo played a perfect contrast as Banner.

Nick Fury– Sam Jackson being Sam Jackson. I wasn’t bothered by the fact that he looks like Shaft. Although I would have appreciated the classic Fury look. He’s the kind of guy that doesn’t take shit from anyone, even super beings who could snap his neck with their pinky.

Loki– Tom Hiddleston really took this character to the next level. With New York City as his playground now, he could really show off his resentment and arrogance. While still being charmingly British the whole time.

Agent Coulson– I don’t remember the last time I felt for a character in the movies like that. This whitebread guy who barely mattered in all the movies that built up to the Avengers, who was just a visual link between them, finally meant something to me. He was the perfect catalyst.

Maria Hill– Could have been bitchier. But I was impressed by the HIMYM star. 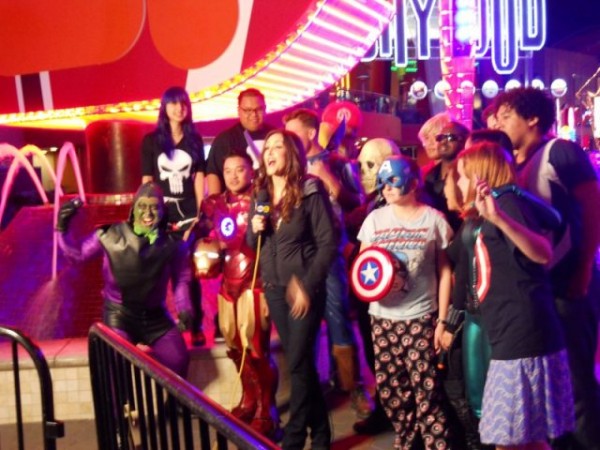 Here in California we have a dozen comic book and anime conventions every year, including the biggest one in the world, San Diego

International Comic Con. People cosplay at these cons and make friends with other cosplayers at them. One cosplayer, Rochelle (Rho), organized her comic convention friends on Facebook to come together and watch the first screening of The Avengers at Midnight in Hollywood. If you read our Facebook page, you would see how we were all very excited Avengers otaku. 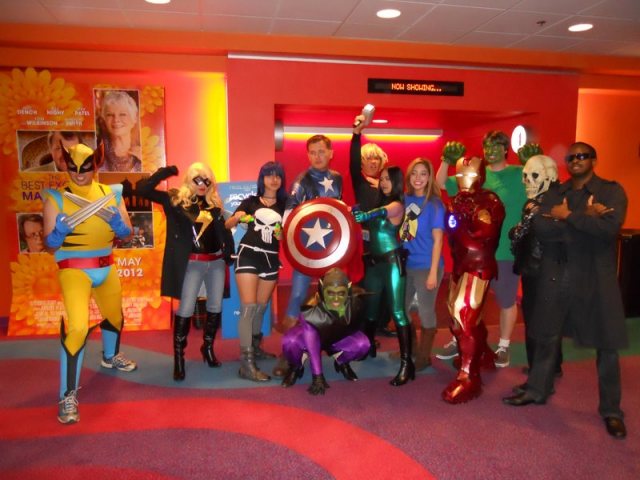 About 30 people came to the gathering, some including myself, in full cosplay. I dressed as Super Skrull, an alien with the powers of the Fantastic Four. He became world renowned after his inclusion in the hit fighter Marvel vs. Capcom 3.

We discussed the movie and comic books before and after the movie. The movie was already fun to watch, but it was made ten times better watching it with fellow otaku, or as we say in the US, fanboys and fangirls.

I was able to get an interview with the organizer Rho, who is cosplaying as Madam Hydra, an Avengers villain in the comics. 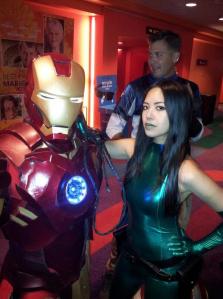 The event was such a success, we plan to meet again to watch The Dark Knight Rises and possibly Spider-man. If so, I will be sure to report from those events, so stay tuned!

This article is republished with the permission of Dasuken Revolver. Mochi Bytes on Facebook