Video from Epitanime 2011 – Video Game and Cosplay Convention in Paris

We would like to share with a great video made in Paris during Epitanime 2011. Epitanime is a well known non-professional convention organized mainly by students of EPITECH.

The EPITANIME is a convention that debuted in 1994 and since then developed a tradition of being organized each year. This convention has catered to a wide audience since then. From fans of video games, table top games to even Cosplay. And Cosplay contests has been their very popular spectacle. We were asked by Epitanime to make a tribute video for the whole event that took place last weekend of May 20th to 22nd 2011.

Do enjoy their work and marvel at some of the French cosplayers on the video. 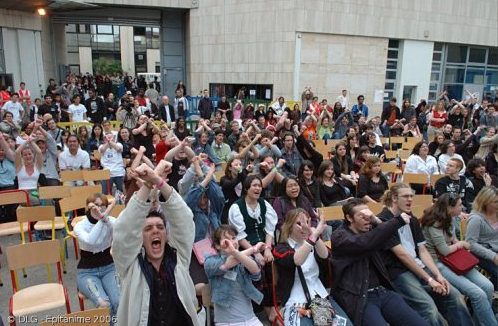