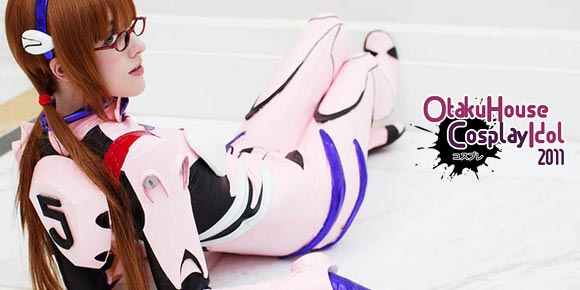 All we need is a Shinji Ikari cosplayer and a Kaoru cosplayer to complete the Neon Genesis Evangelion pilot cast. But meanwhile, the heat in the contest in definitely up a few notches thanks to the pilot ladies.

Not convinced? Check out Tsukuyo’s pick for yourself:

1. First Child : Rei Ayanami. A clone (clones?) of Shinji’s mother; the possibility of Shinji getting it on with Rei brings about so much implications that it boggles the mind. (Granted, this is not the only aspect of Evangelion that boggles the mind). Regardless, Rei is in most likelihood THE ONE most iconic female character in anime history. Who doesn’t recognize Rei’s short light blue hair and fragile detached look?

Cosplayer Cindy Romero attempts to bring to life the aloof First Child with her plugsuit which took her a month to make. The sweet-looking Cindy looks a tad bit too friendly for Rei, but besides that, this is a remarkable plugsuit for a first attempt, and I can’t wait to see more from her! 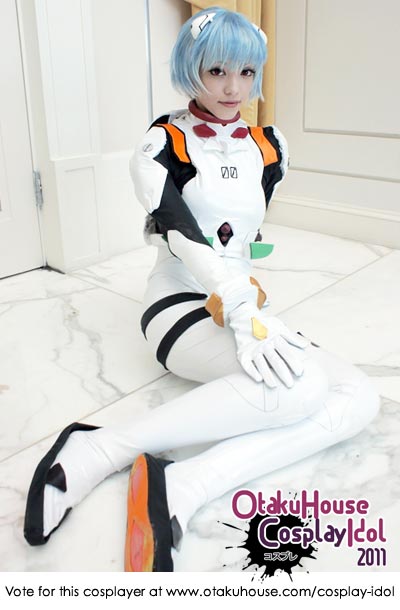 2. Second Child : Asuka Langley Sohryu. Asuka plays an important role in Evangelion, and the introduction of the strong-willed red head increased the tempo of the story. Initially she seems like your average wilful brat. But we soon learn about the depth of her tragic past, which makes her one of the most lovable characters in Evangelion.

Cosplayer Colleen McCone brought to life a splitting image of the fiery Asuka, right down to her uncompromising expression! 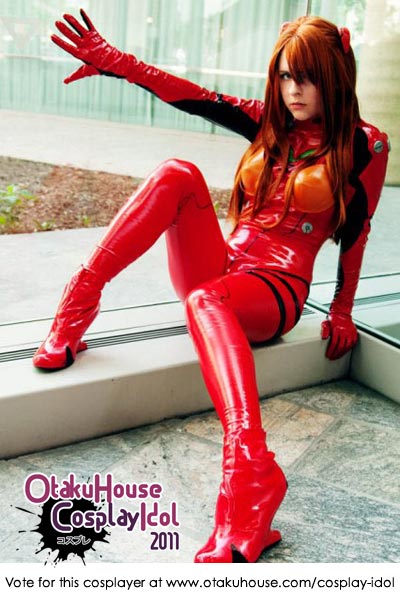 3. Unit-05 Pilot : Mari Illustrious Makinami. (Evangelion: 2.0 You Can (Not) Advance) Mari is probably the best thing that happened to the latest installation of Evangelion movies. By the time the new movies came out, we already know everything about the EVA girls. Yes, everything. So how better to reward the loyal viewers than to introduce a new babe to the franchise? Mari Illustrious Makinami is not your average ‘megane-ko’ (glasses girl) though. Infact, I suspect she’s a little crazy.

Cosplayer Kaitlin Reid looks amazing in the beautiful pink plugsuit she made! 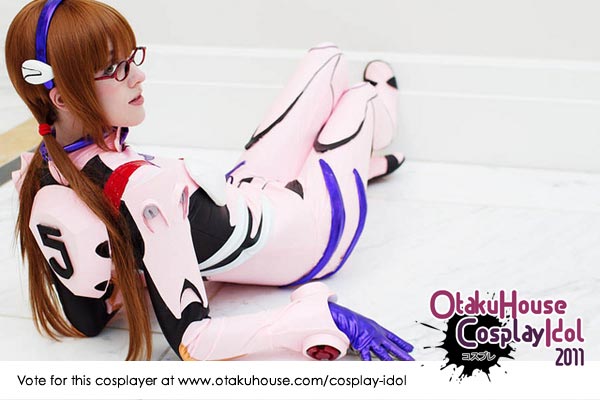 Click here to check out the North American Otaku House Cosplay Idol contestants, and vote for your favourite cosplayer!

You have to ‘like’ Otaku House on facebook here: facebook.com/otakuhouse before you can vote for the cosplayers.