One Punch man versus Superman film

Do you still remember the amazing battle between Saitama and Lord Boros that was concluded in the last episode of One Punch Man? Audiences from all around the world were definitely blown away by the intense fight! Saitama totally earned that win and even Lord Boros mentioned that Saitama wasn’t using his full power on him.

Now, have you wondered what will happened if the One Punch Man, Saitama and the Man of Steel, Superman had an epic showdown? Which side are you on?

Hold your horses (or even your punches)! This is not a real film in the theatres but this is a parody work of a fan who called themselves – JUO Productions. With the high quality production value and great video effects, one can’t deny how realistic this fanmade film is.

Just like Saitama who is a hero for fun, JUO Productions made this video for laughs and partly in lieu of the Batman and Superman hype! As they saw both Superman and Saitama have the same archetype of being almost indestructible, they created this video and showcased to the audiences that action film is definitely their forte.

JUO PRODUCTIONS is a team of five Singaporeans men who are passionate about making good films and in time to come, they want to create blockbusters to compete on international level. Lets wish them all the best! In the meantime, check out their YouTube Channel if you really need to get your fix on their brilliant video effects. 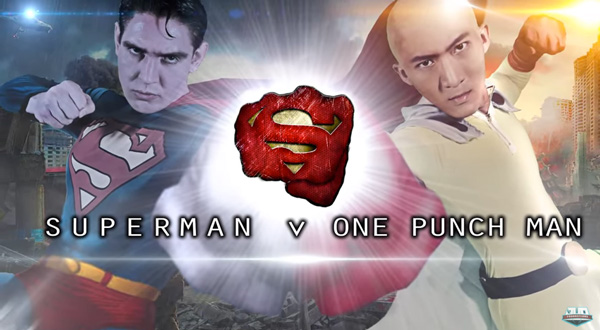