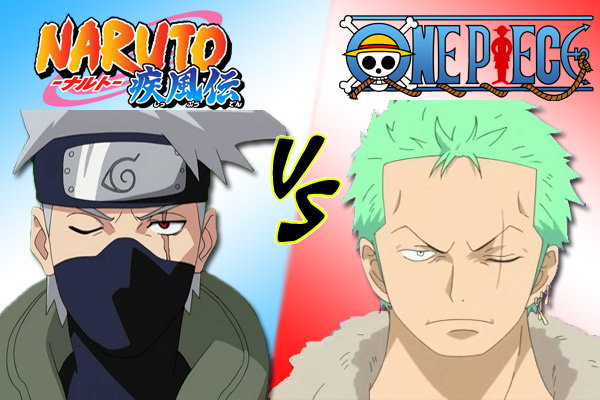 Kakashi was Naruto’s teacher – and a darn good-looking one. He was from the ANBU and is one of the most capable shinobi in the Leaf Village. Now, in the 4th Great Shinobi War, he fights alongside Naruto as his comrade. Zoro could be considered as Luffy’s first mate, after all, he was the first to join his crew. He is just as manly and reliable as Kakashi in their respective series. 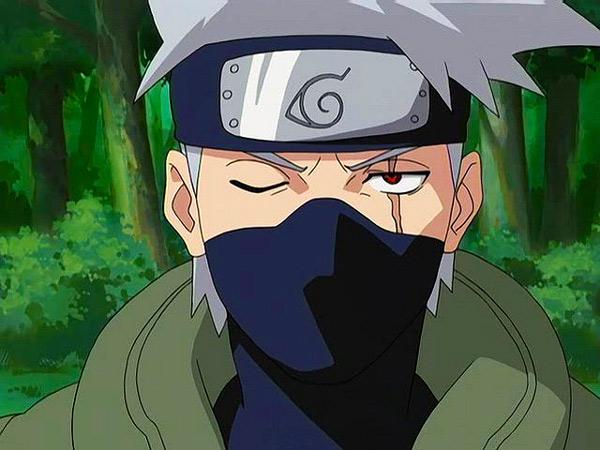 Strength: Kakashi has fought some serious fights in his 30-something years of his life that could probably last us normal mortals about… say, 30-something lifetimes? He has some hard-hitting flesh-to-flesh battles that can safely show how good of a shinobi he is. I’d say Kakashi’s strength comes mostly from his experiences in battles and his intelligence. He moves really fast and he has his Sharingan. He’s not called ‘Copy Ninja Kakashi’ for nothing. 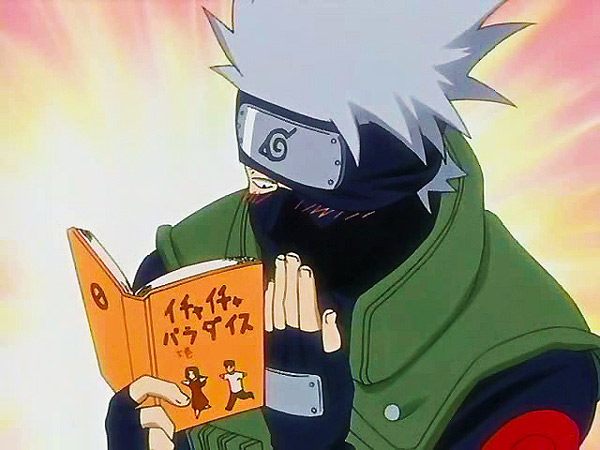 Personality: If there are two words to describe Kakashi, it’s “wise” and “decisive”. He has displayed some accurate judgements about people and situations and has always acted swiftly. It can be seen from the anime that Kakashi is a very sentimental person even though he can be quite aloof. He’s still guilty over Rin’s death but how is the Shinobi War his fault? and has kept in mind Minato’s teachings. Kakashi is usually calm and cool-headed in most situations. He also has this habit of being late to meet his students. Then there’s the mystery of why Kakashi is always seen reading Jiraiya’s novels……… Shady.

Appearance: How are you supposed to judge this sexy ninja’s appearance when he wears the same thing (almost) throughout the entire series?! The mask, the white stylish hair, his cool demeanour?! Guys, I can’t- Don’t even get me started on that time he went to the hot spring and the episodes where he is at home sleeping without his flak jacket and the time blah-blah-blah…. 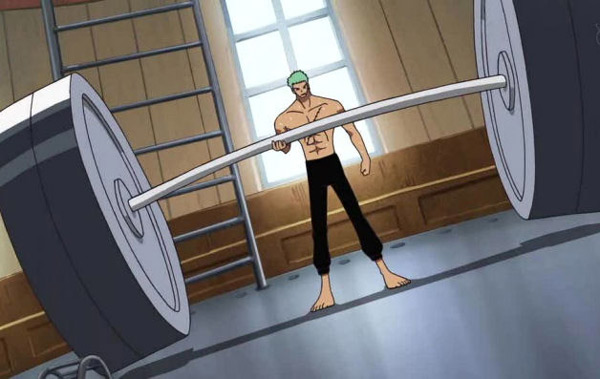 Strength: I think we can safely say that Zoro is one of the strongest members of the Straw Hat crew after Luffy. He was shown doing (like a few thousand) push-ups with his feet – with some massive barbells – and he still said he was weak.  His santoryu is very impressive although he still can’t match up to his mentor, Mihawk (yet?). Zoro also moves very quickly and has fast reflexes. After the timeskip though, it seems Zoro hasn’t fully shown his strength and new skills, so we’ll keep it to what we know first. 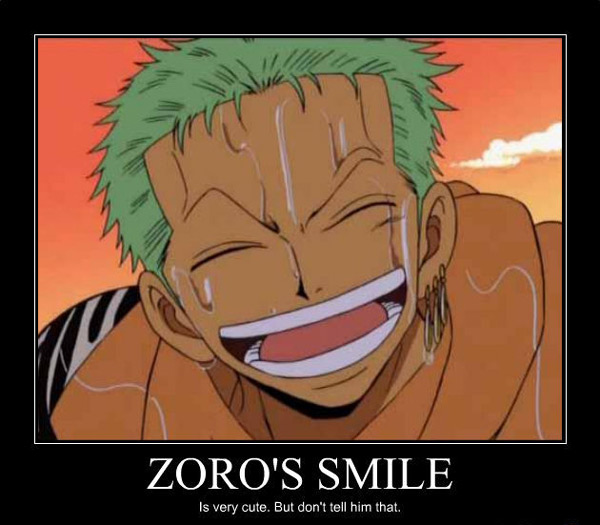 Personality: Besides being so hot a muscle head, a sword connoisseur, and a mild alcoholic – Zoro has zero sense of direction. He does not take orders from anyone except the people he respects. Sometimes he displays his chivalry, like to Tashigi (and Perona), and is a very honourable swordsman. He has complete faith and trust in Luffy as well as the rest of his crewmates; loyal, and protects them fiercely. Remembering the reason why Zoro wanted to become the best swordsman in the world, he said he made a promise (to a girl! OOooOOh~) so he will never back down nor give up, and that he would rather die than break that promise. He also wants to be that, for the sake of his captain, Luffy. (￣^￣)ゞ 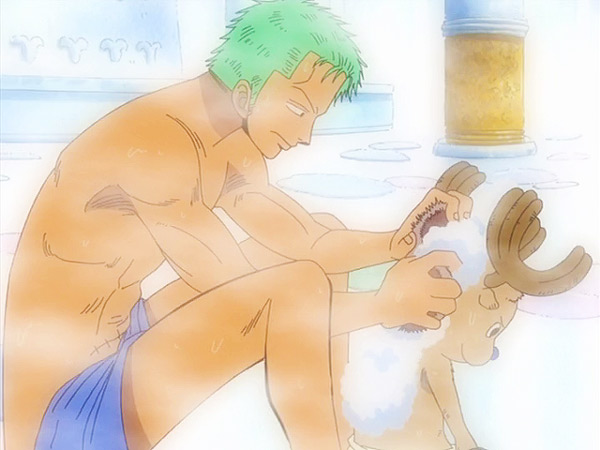 Appearance: The hottest marimo I have ever seen so far. His physique is great! Not too beefy and not too lean. His outfit change in the New World Arc is. The. Best. Who can resist when he shows off a bit of his delicious chest and abs? His left eye is a mystery. Maybe it’s a bet that he can defeat anyone with one eye closed, or a habit he formed while with Mihawk because I highly doubt Mihawk would cut his eye… But that’s just speculation.

Conclusion: Personally, I really love both characters. I mean, Love, with a capital ‘L’. (No other anime references intended.)

If you were to be looking for a potential boyfriend, I would advise you to be with Zoro because he’s not husband material so manly that if he says or shows that he cares, I – ahem, I mean, you – would melt into a puddle literally and burn up with a raging fever of adoration. Kakashi however, is the man to go to if you’re looking for a lifelong partner because of his loyalty and better sense of direction. Just saying.

Between an arm wrestling between Kakashi and Zoro – definitely Zoro because A) Kakashi might not even want to do this because he’s too cool for it, and B) does he even lift? (No pun intended here as well.)

Hey, guys, I can’t decide which finger I should let Kakashi put a ring on it put a finger on it. I mean, who takes the win for their team?

One more pair of contestants to go! Which anime will be crowned best? Go on to the next page to vote!