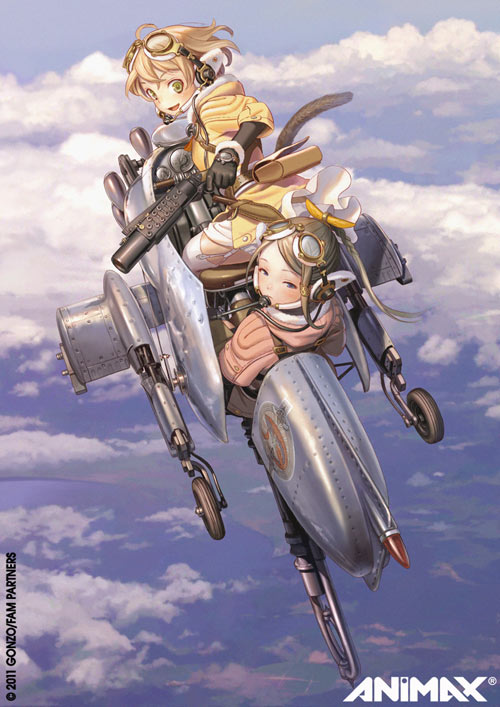 Anime fans should buckle up and sit tight for an adventure in the skies this October as Animax brings on one of Japan’s fall anime season’s top productions, LASTEXILE –Fam, The Silver Wing–, in an exclusive same-day-as-Japan simulcast!

“Anime simulcasts are still such a rarity in television due to the huge investments, the large amount of preparations required for broadcast, as well as the great trust needed by business partners in Japan. As Asia’s first channel specialising in anime, Animax is committed to making simulcasts possible, and to continue offering viewers this exciting privilege as we know it means the world for them to enjoy their favourite anime fast and nothing beats the experience of watching it on Animax, on TV,” said Ricky Ow, General Manager & Senior Vice President, Networks, Asia, Sony Pictures Television.

Premiering 15 October 2011, LASTEXILE –Fam, The Silver Wing– airs Saturdays at 8pm (SG/MY/PH/SA/HK) and 10.30pm (TW), first and exclusively to Animax viewers in some 37 million households across 17 territories in Asia, within the same day of the Japanese debut. The series hails from Japan’s Gonzo as a landmark production in celebration of the anime studio’s 20th anniversary of founding.

Following the trailblazer that was Gonzo’s 2003 hit LASTEXILE anime series, LASTEXILE –Fam, The Silver Wing– is a brand new series set to win over a new generation of fans, while reigniting the passion in lovers of the original fantasy-action series. With a brand new, original story and characters, viewers will be awed by new flying machines, magnificent air battles and powerful armies, back in the rich and memorable LASTEXILE universe.

LASTEXILE –Fam, The Silver Wing– centres on 15 year old pilot, Fam Fan Fan in a compact ‘Vespa’ flying machine. As a member of the Sky Pirates, she and the other members make a living by hunting for battleships that they resell. 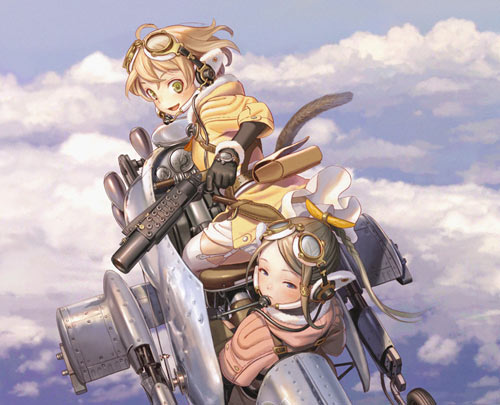