And then Steve came along. (My tribute to Steve Jobs) 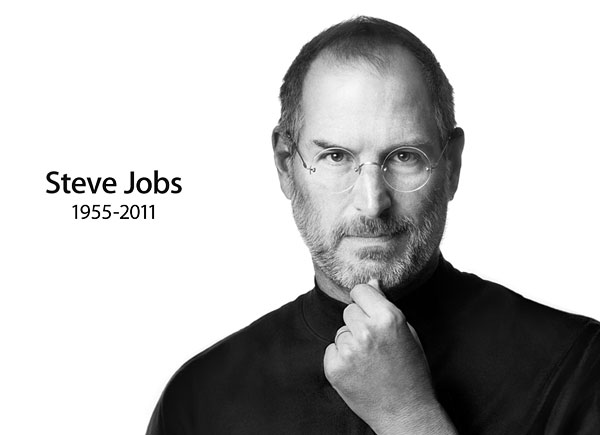 In the 1800s, we had Thomas Edison. In the early 1900s, Henry Ford brought the automobile to the masses. And the turn of the millennium witnessed how Steve Jobs revolutionized digital technology.

I woke up this morning to a friend’s solemn text message : Steve Jobs have passed away.

I didn’t know what to think. No news of the demise of public figures throughout the past couple of decades have resonated as much as how I feel today, as none had influenced my life on a personal level as much as Steve Jobs’ vision and life story had.

Steve’s amazing life journey is legendary. Ever since I first heard of his story, it has been a source of strength to overcome hurdles whenever I meet roadblocks in life.

In 2003, my then-boyfriend contracted a rare form of cancer called Ewings Sarcoma. It was a tumultuous period of our life and his condition was so serious that the doctor could not even give a prognosis. To this day, I remember the deep fear and the tumbling waves of emotion the both of us shared back then. Him; the intense pain and the fear of dying. Me; the fear of forever losing a loved one, one that I had just started my life with.

Our world had crashed down, but a few people’s biographies gave us hope and strength. And any good doctor will tell you that your mental strength is the most powerful medicine to fight cancer. One such biography was Lance Armstrong’s. Another was Steve Jobs’. The hope inspired from Lance Armstrong and Steve Jobs’ stories were stronger than iron. While my boyfriend was on a dreary musky hospital bed doing chemotherapy, and isolated from the rest of the patients because he had fever, we used the time to talk about our future and dreams. We plugged his Mac Powerbook on the hospital table and immediately started a few projects; one of which would one day become Otaku House. The other is ManyTutors, the largest tuition agency in Singapore.

And thanks to the amazing doctors we met and great support from our families and friends, my boyfriend pulled through. We married last June.

Steve’s story of how he overcame his darkest hours and rose from the ashes made a difference in how we perceive life. And that’s why he’s one of my heroes and role model. Not because he makes good sales pitches, or create pretty gadgets. (Ok I admit it. I love those pretty gadgets.)

And this is why I mourn today. This is why his demise feels like a personal loss of someone close who have always been there to thwack me on the head when I’m down, and to remind me that I have to take my life into my own hands.

Steve has also, through his Apple products, directly or indirectly influenced and changed the life of near every single person on Earth.

But not everyone is happy with his work.

There is a fringe group of ‘geeks’ who, for some obscure irrational reason that I cannot fathom, take it as a personal insult every time Apple launches a new product, or when someone tells them why they think Apple and Steve Jobs is awesome. They lurk everywhere in forums, and if you know some of them in real life, you will know this is a common story: Trying not to get verbally clubbed to death every time you utter the forbidden word “Mac” in their presence.

And today, while the better part of the online world is abuzz with sorrow, and while I was in the midst of composing this tribute, an Apple-hater friend text messaged me this : “Not seeing enough wailing and gnashing of teeth! Tell the Fan Boys, their iGod has fallen!”

The haters should relax a little, sit back and take a look at how much the world has changed since the ‘Age of Steve’; especially now that he’s gone. Look at the rapid speed of growth of digital technology over the past decade. It is not Apple-simplified devices & their fan club vs. your Geeky Ego. It is how Apple; Steve Jobs’ vision have changed the world.

Once upon a time, Pixar was a rickety company. And then Steve came along, and Pixar became one of the kings in animated film.

Once upon a time, the computer is an entire room. And then Steve came along. And the rest is textbook history.

Yes. The reason why I’m able to pick up my laptop and choose my font to write this article, and the reason why you’re able to read this on your computer / phone screen is because “And then Steve came along”.

Who ever you are in the world, hater or not, there is no childish victory flag to be waved with Steve’s passing. Today, iDied; and the loss is ours. The loss is the Apple lovers’, the Apple haters’, even those living in caves who claim they barely heard of Apple. The loss is the World’s. We have lost a true legend and a genius visionary of our lifetime.

Thank you Mr Steve Jobs. I am honored to have lived in the same generation as you and witnessed your digital revolution legacy firsthand. Thank you for inspiring me with your incredible life story.

May you rest in peace.

(This article is written on a Mac and published on otakuhouse.com; a website which is built on a Mac.)