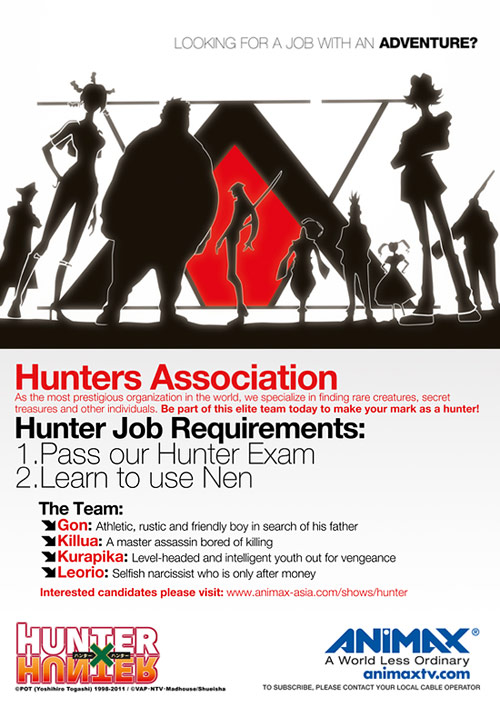 The story of Hunter X Hunter Focuses on a 12 year old boy, Gon who finds out that his father is alive after being told by many that he was dead. He also found out that his father Ging, is a famous Hunter who specializes in spectacular pursuits such as reviving ancient ruins, locating rare species, treasure hunting, or hunting down wanted individuals. Despite the fact that Ging left his son with his wife’s sister to pursue his dreams, Gon departs upon a journey to follow in his father’s footsteps to find Ging. He is curious to find out what is special about being a Hunter that had his father leave him behind. Becoming a professional Hunter is no easy feat. It requires passing the rigorous Hunter Examination which is conquered by less than half a dozen people each year. Along the way, Gon meets other kinds of Hunters like Killua who became his best friend and Leorio and Kurapika. The journey to being a professional Hunter requires Gon to be an extraordinary individual. Will he eventually find and meet his father? Stay tuned for more Episodes of Hunter X Hunter 2011 on Animax Asia. Episode 1 of Hunter X Hunter premieres on the 24th of April 2012 only on Animax Asia.