Attack On Titan Movie Review by A Die-Hard AOT Junkie 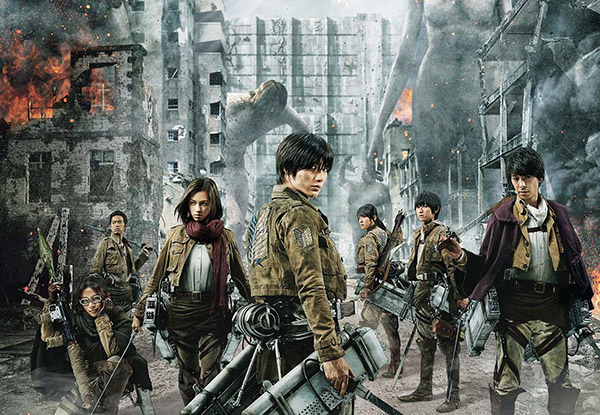 First off before I start, if you’re a super Attack On Titan junkie like me, here’s a piece of advice from one AOT fan to another before you hit the theatres:

DO NOT expect a textbook-accurate adaptation of the manga/anime story. In fact, the plot of the movie is so different you should go in expecting to be watching a different movie.

The basic premise of this live action follows the manga and anime version; set in a post apocalyptic future, the remnant of humanity is forced to live within a city surrounded by layers of high walls which protect them from mysterious man-eating giants known as the Titans. The story opens during a 100 year period free from any attacks from the Titans. This peace was shattered one day, when a Titan of exceptional size appeared and breached the outermost wall of the city.. 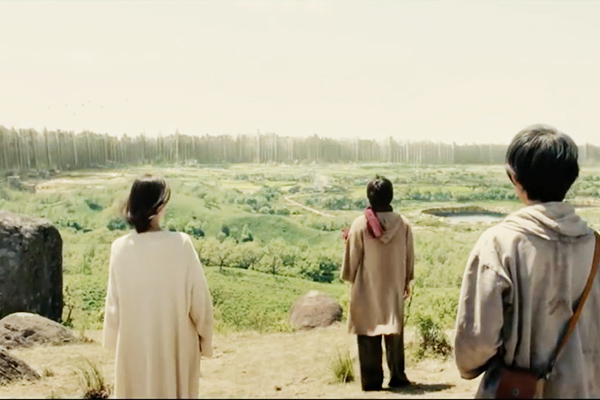 One gets the impression that this movie is a recon of a lesser scale than the manga/anime version. For instance, the city seems to be occupied predominantly by Japanese. You get the impression that this city is just a fort in Japan, but in the manga/anime, this was supposed to be what’s shockingly left of the world; of humanity. The narrow camera angles in most city scenes certainly didn’t help convey the grand scale of the diversified city that the author meant it to be. Although there is an honest attempt to make up for this at the beginning of the film; where Eren Yeager (the protagonist) stood on top of a hill with his friends, and we get a panoramic view of the vast expanse enclosed by the city wall reminiscent of scenes from movie Divergent. In my opinion, a proper introduction, a sort of an orientation tour of this universe is direly needed to do justice to the brilliant concept. 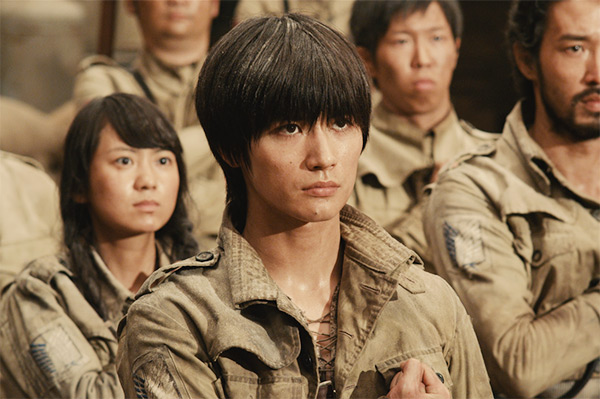 Eren Yeager fights with a different reason than in the manga.

Then there is the depiction of the Titans. Think over-sized zombies picking off individuals in a human smorgasbord. This concept itself should be refreshing enough; usually the swarm of zombies are human-sized and only going after the few main characters. The film-makers are also unstinting about scenes explicitly featuring humans being eaten alive. If you’re into gore, these gems are scattered like spice throughout the film; very much what fans of this manga would expect.

That said, the way that the Titans looked just like regular people in bad-skin body suits enhanced by CGI was excessively distracting. But fans need not worry, as the producers saved their money shot for the “key” Titans, which are given “special” treatments to stay faithful to the original, namely the Colossal Titan and -cough- that other Titan. 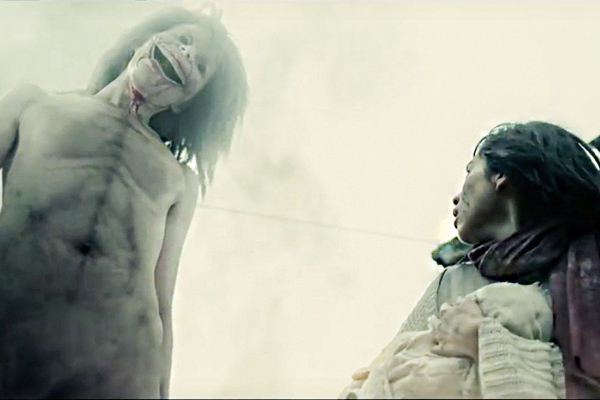 As for the human characters, while most of them are reduced to mere caricatures as there is simply not enough time to develop the characters within the space of a single film; the human drama makes for beautiful sojourns between carnage-filled sequences of humans pitted against Titans. Special note goes to actress Satomi Ishihara, who managed to put on a notable performance as Hans; a character based on Zoë Hange in the manga; the somewhat unhinged Survey Corps scientist. Her portrayal was definitely the most faithful to the character in the manga. 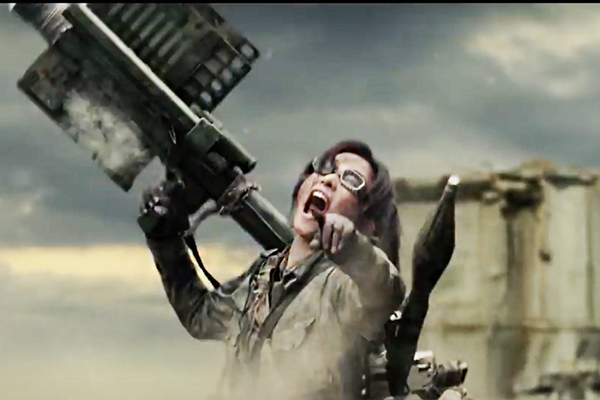 Perhaps more will be said about the humans in the sequel, which I’m definitely looking forward to!

Attack On Titan movie opens in cinemas on 13 August 2015. 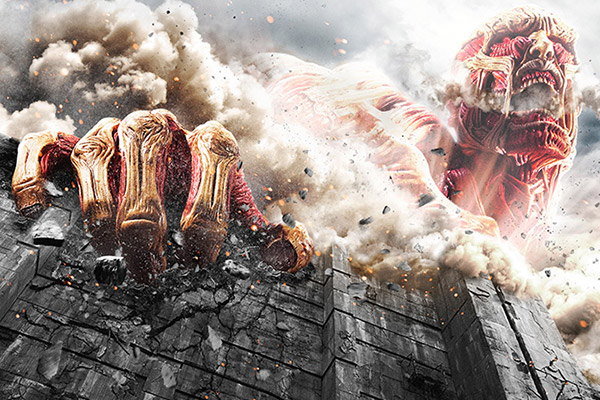 The titans are coming.. RUN.. to the cinema!! 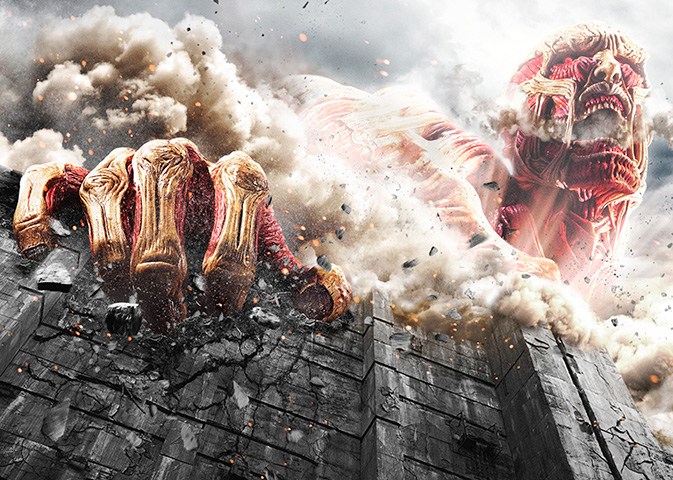