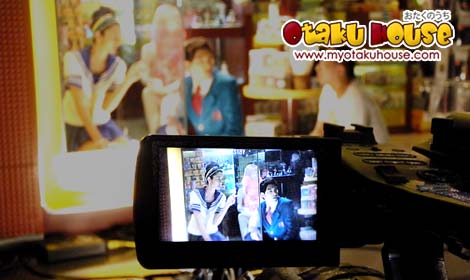 You may have seen the ad on TV already. The current Iluma mall TV Commercial which started airing in August 2009 was filmed in September 2009, and partially shot in the Otaku House outlet at #03-01.

The ANBU mask from Naruto was also worn by the female talent, and the lovely pink Glow-in-the-Dark 18″ Bear Qee exclusively at Otaku House was also included.

Check out our facebook page at facebook.com/otakuhouse for more pictures of the shoot!

An unlikely stalker in Iluma. 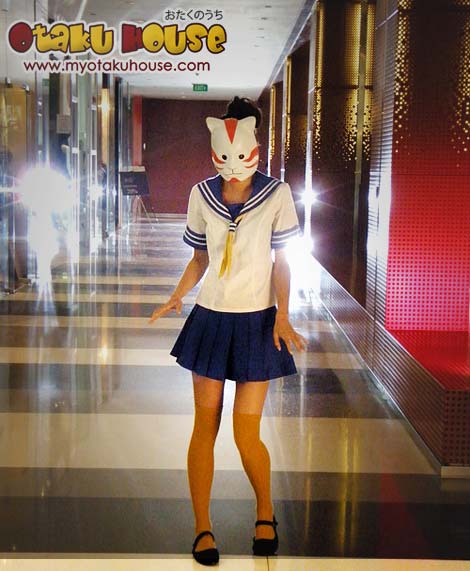 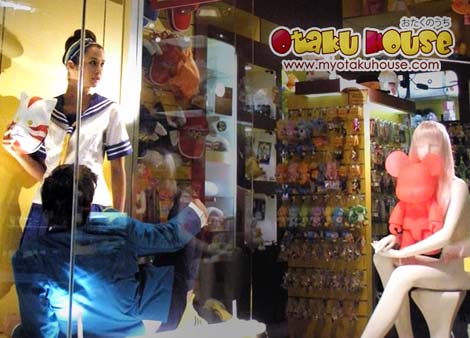 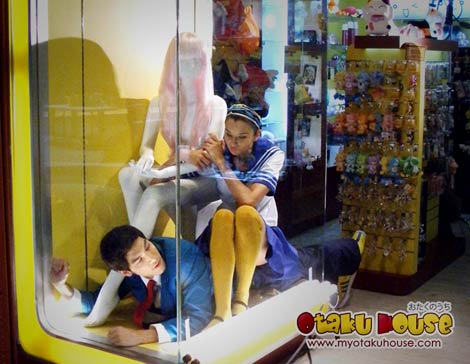 Screenshots from the TV ad: 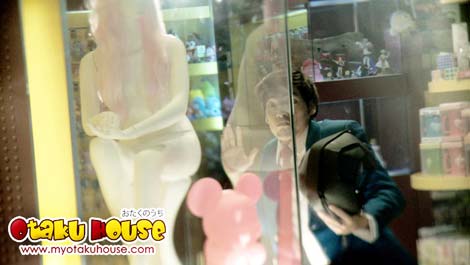 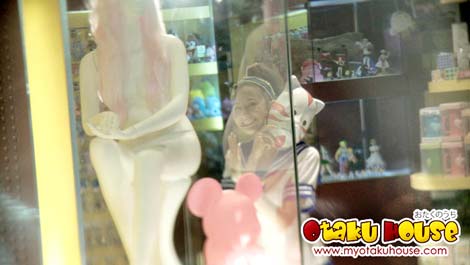 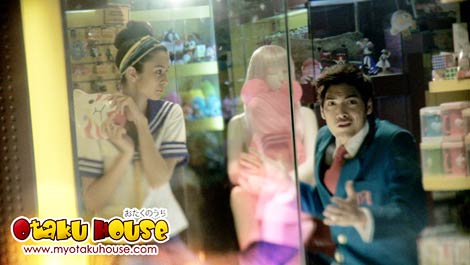