Otaku House Poll : Which anime guy deserves a slap? (the face, not the butt.) 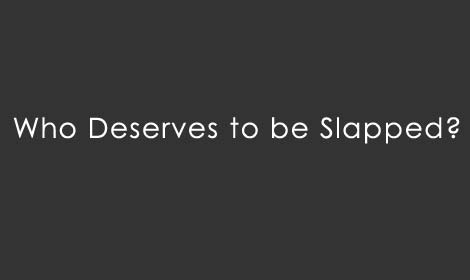 Another polling event… indignant outrage sounded from riled up fan girls… and I have been given the thankless job of having to justify why these dashing young men deserve to be slapped. Hey, I’m a fan girl too and I did not ballot for these characters to be slapped! But I’ll do my best to tell you why they’re there.

This is ofcause in the spirit of fun, so keep it light!

Uchiha Sasuke is currently leading (…oh what a biggg surprise…) Check out the poll results at facebook.com/otakuhouse!

KYAAA!! It’s Sesshomaru!! Eerie oriental flute whistles to the entry of the very cool elder brother of Inuyasha who has an enthusiastic hobby of collecting miniature companions. I don’t know why he’s here, but some people thinks his affection for Rin is bordering on the creepy. Well, I think Sesshomaru is just a big softie at heart.

Kuran Kaname is ‘Emo King’. He speaks with a sorrowful voice, poses in various disconsolate ways against the window panes, the bedframe, the chair’s arm, etc. etc.

Every time Kaname comes on screen you can expect to see beautiful maple leaves or a flurry of rueful snow fluttering down while our lonely prince casts a heartbroken faraway look. Cut to Yuki entering the scene, and Kaname puts on an expression of merry grief, mutters “Yuki…” and proceeds to molest her hair, her face, her hand, while hugging the bewildered girl…

Ever since he first kissed Naruto back in the 3rd episode, I knew this guy was up to no good. Sure enough, he soon succumbed to the seduction of Orochimaru licking his lips and dumped Naruto; caused the demise of the coolest character in the series (Itachi!! Oh how I miss those days when he would dissolve into ravens every time someone threw a kunai at him), and now decided it was Konoha’s fault that he went berserk.

Kira lives off his rich girlfriend, who showers him with gifts like a Mercedes Gundam Freedom (an act which inevitably forfeited her father’s life); and who gives him an even better vehicle (Strike Freedom) when he gets into space accidents and damaged his previous suit.

Oh ya, this is supposed to be about why Kira deserves to be slapped, not why Lacus is a sucker…

Hitsugaya is a fancy boy. He has the prettiest toys, like an impressive-looking glacial bankai. Sure his weapons produces great visual displays but he hardly ever successfully defeats anyone with it.

Oh my God! It’s Ikuto! Love the violin playing Death Rebel and the only place I want to slap him is on his feline little ass.

Lelouch by day is Model Student A. Put him in his cloak and helmet, and he transforms into Drama King as he speaks and gestures in imperial melodrama. Actually, I think it’s kinda cute.

I NEED a butler like him. I NEED someone to bake me pastries everyday and tie my shoe laces and engage in Yaoi acts with Ciel whenever I command it. And of cause, he’ll say “my pleasure” when I slap him too.

11. Edward Cullen (Not from anime but deserves a spot)

If Kaname is ‘Emo-King’, Edward Cullen is ‘Emo-God’. ‘Nuff said.