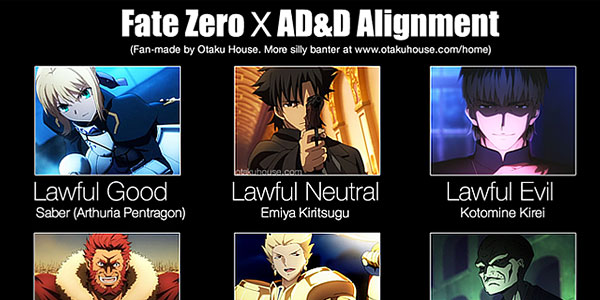 I had fun with the Naruto X AD&D Alignment classifying. So I decided to do one for Fate Zero too! Why Fate Zero? Because Kiritsugu is badass.

Once again, for the ill-informed, AD&D is the epic role playing game: Advanced Dungeons and Dragons. The D&D Alignment is a famous categorization for a character’s ethical (Lawful, Neutral, Chaotic) and moral (Good, Neutral, Evil) perspective.

Tell us what you think of my AD&D Alignment classification for Fate Zero by discussing below! 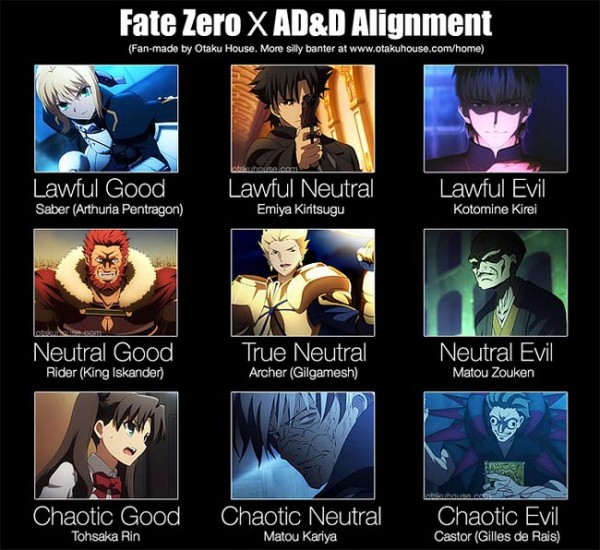 Explanation for the Alignment (*Spoilers Alert)

Kiritsugu is lawful to his own beliefs and values, yet wouldn’t bat an eyelid at killing through unorthodox methods. I just love this kinda guys.

Check out our Dungeons and Dragons Alignment justifications for the rest of the characters on the next page! 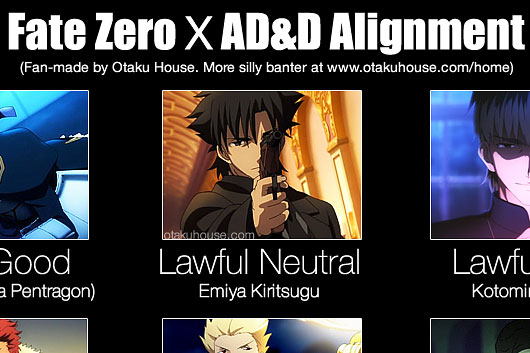