These girls are the bespectacled beauties. Some guys really dig girls in spectacles, because they are usually a) pretty in spectacles, b) realistic/not over-dramatic, or c) smart. Usually introverted but they open up really quickly when there’s something in common. They are very interesting to be around with but sometimes can just be terribly geeky or awkward in some situations, like if they lose their spectacles or they rattle off the periodic table in less than 20 seconds. One meganekko comes to mind and that is Tashigi from One Piece, the female sword-fanatic. 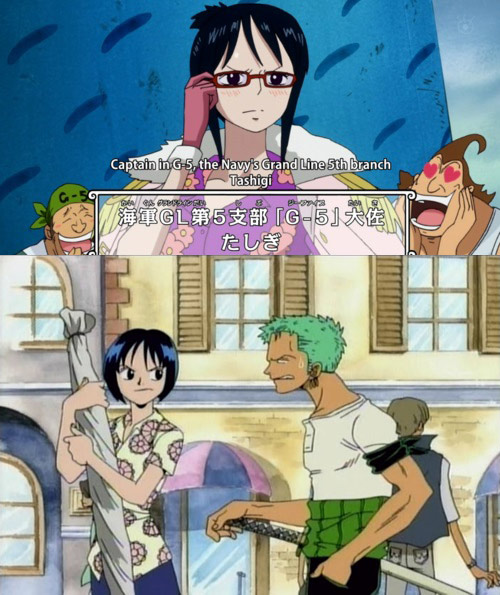 Meganekko girlfriends have been one of a popular growing fetish among males, why, I’m not sure, but some have told me that they find spectacled girls sexy. Now these girls would be what of the male version of tech geeks or nerd, so they usually wouldn’t know how to react if their crush confessed to them. I think that is quite cute; squirming and finding words to say to reciprocate the feelings. However these girls would rather spend their time cleaning their swords or fixing up their new tech than to go out with their boyfriends. Still, I think they would pay as much attention to their partners if they could equally distribute their love for both!

The popular girl in school who is double-living as an idol singer. Yeah, I don’t believe any guy have never daydreamed of being together with their favourite female singers. This doesn’t need a lot of explanation, right? Briefly, the extremely pretty, charming, cute, lovable, talented, bubbly, confident, and again, extremely pretty girls. What’s to hate? Virtually nothing about them. Or so you think… Anyway, one very beautiful and talented, not to mention sensible idol singer girl would be Lacus Clyne from Gundam SEED. 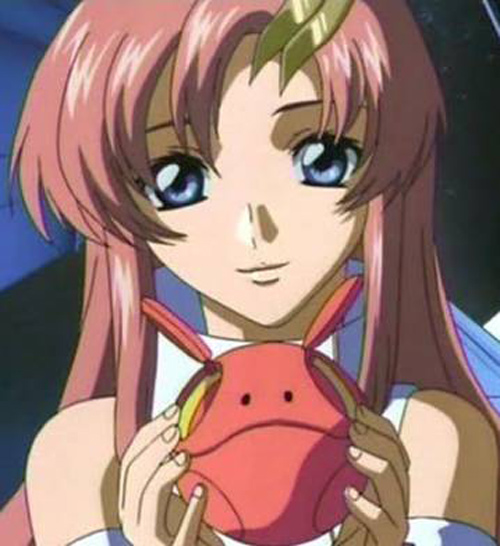 Idol singers are typically the dream girl. How does it feel like to be their boyfriends? Hmm… Let’s see. Confessions to them are probably a daily affair, or even hourly. They will not be daunted or dominated because they are so popular it becomes a habit, for even their boyfriends worship and serve them. To them, career comes first, so everything else falls under the number two placing. As their boyfriends, you’ll automatically become popular too, but understand that you might also have to sacrifice privacy. That’s what you get for dating a celebrity.

This type of girls have become very popular recently because of the sudden adulation for cats. Cat-lovers will like this type of girls. Typically behaving like a cat or displaying cat tendencies like licking themselves clean, some other minority of catgirls could be spunky. Playful and handful most of the time, they seem very easygoing when it comes to the person of their affection and will take care of them. Neko from K is just exactly that. 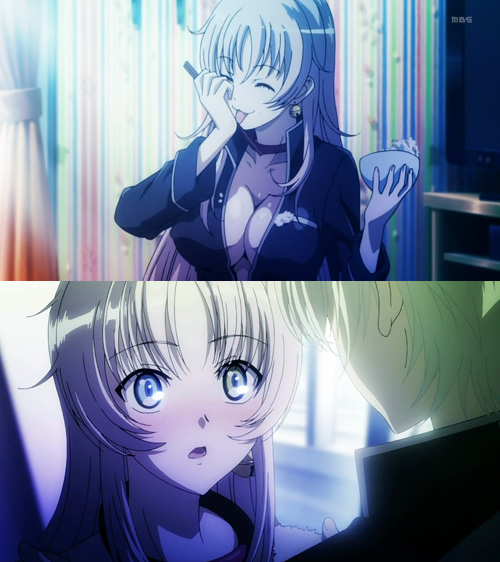 Catgirl girlfriends are fun to be around with. Because they display a lot of affection like most cats, they can be quite a sticky girlfriend. However, I would think that they are super adorable and also easy to please. They require a lot of care, kind of like the moekko, but they are usually not weak. They will bring a lot of joy and a lot of annoyances in a relationship which could either make you love them or hate them.

Oh, boy. This category is for the girls who like being ordered around and being dominated by. Many guys like this maid-trait in girls. In animes, they wear the French maid uniforms and usually have some other talent besides serving tea and hanging up the laundry. They are strong and sometimes murderous if anyone tries to hurt their master. Commonly depicted as overprotective and meddling, they also have some kind of arsenal hidden beneath their uniforms. Wonder how they do that…. Here, is where Hilda the demon maid from Beelzebub belongs. 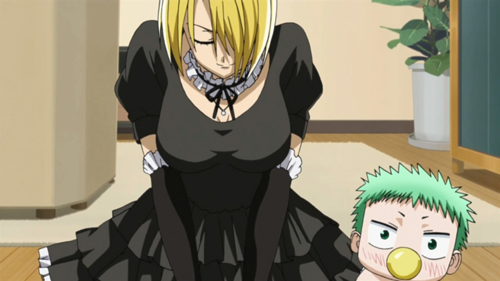 Maid girlfriends are also one of the popular types, from what I’ve seen in most animes. In real life, I’m not sure if the boyfriends want their girlfriends walking around in a maid uniform because people will stare and judge. But this type of girlfriend is the best kind. Maid girlfriends will cook, clean, wash, iron, sew, and do everything their boyfriends tell them to. Now, now, boys – they will also nag at you, cook weird food that is good for health, might even be a germophobe, and have a yandere tendency. So take caution.

Yes, all you otakus! You are all not alone. There are many other otaku girls out there. You guys (and girls) just need to stop spending so much time with your obsession and go out and meet people with the same obsession so you all won’t have to obsess over something alone anymore! What a deal, right! I guess I don’t have to explain much here. But one anime girl that fits this category is Winry Rockbell from Full Metal Alchemist. She is a total mechanics-otaku, or “gear junkie.” 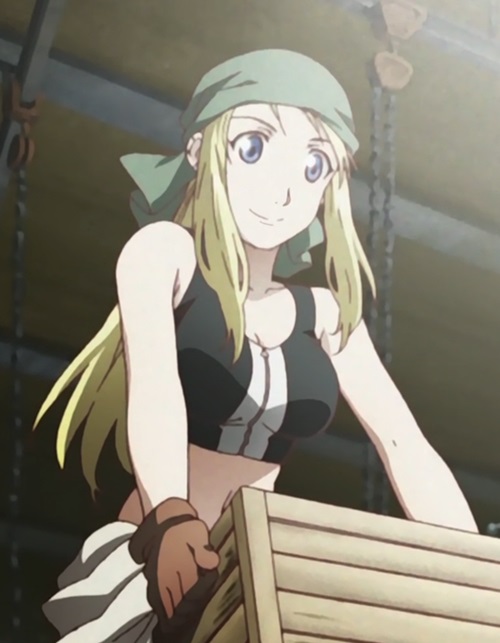 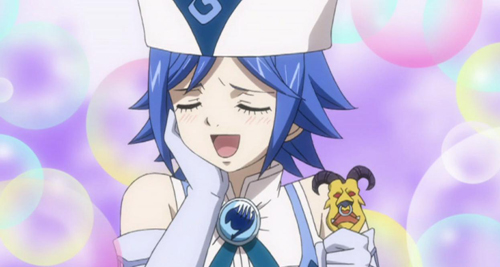