A video that seems to be the trailer for Shingeki No Kyojin (Attack on Titan) season 2 has made the rounds online.

A fan uploaded a clip on YouTube this is a preview shown during the opening day of the “Attack on Titan” live action film. This 2 minute clip centres on the story arc of Hanji Zoe, who is trying to understand the attack of the titans inside the walls.

The clip shows that Pastor Nick has an idea why the titan stays within the walls but the pastor does not seem willing to talk about it, so she threatens to hurt him.

Pastor Nick refuses to reveal what he knows and that he would rather die than share his knowledge about the titans stuck within their walls. As you may expect, the trailer ends again with an unanswered questions, after Zoe demands to know the actual number of the titans in the city.

The release date of “Attack on Titan” season 2 has yet to be revealed, but it is expected to be released in spring 2016. In the meantime, there’s a high school chibi AOT anime series if you really need to get your Shingeki No Kyojin fix! 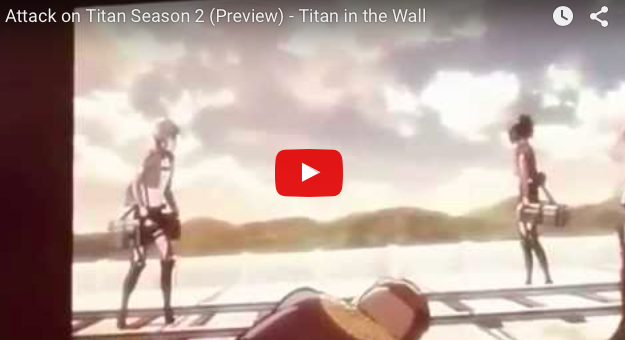