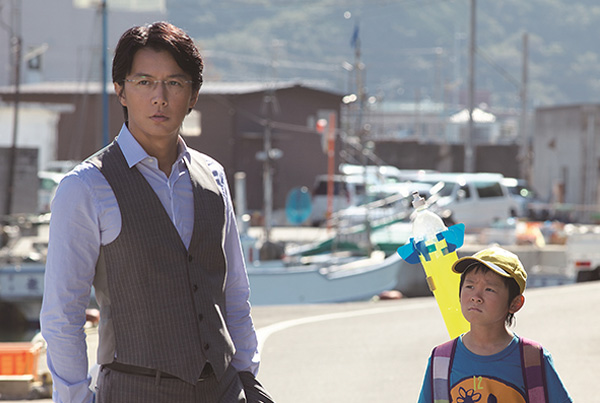 The film opens with a scene on a train where Yakawa got a kid out of a jam with his persistently ringing cell-phone by wrapping it in an aluminum foil (note to international viewers: talking on a cell-phone on public transports is a social faux pas in Japan). This pays service to the central role that physics plays in this series, which sets it apart from others, for example; “Kindaichi’s Case Files” or “Trick”, which focused mostly on the deductive powers of their main characters.

(See movie trailer at the end of the review)

Yukawa arrived at the beautiful coastal town of Harigaura as a scientific consultant, where the locals were at war with the authorities over an underwater mining operation. A murder occurs at the local inn he is staying, which forms the “mystery” to be solved. Here, he was introduced to the innkeeper’s daughter, Narumi Kawabata (Anne Watanabe), the obligated hot babe, that goes with any crime mystery.

This time, the police counter-part to Yukawa is detective Misa Kishitani (Yuriko Yoshitaka, introduced in the second season of the tv series), who plays a relatively minor role in this film compared to Kaoru Ustumi (Kou Shibasaki), previously playing the part of “Watson” to Yukawa’s “Holmes”; curiously enough this role is now filled by the kid, Hikaru (Kychei Tsukazaki), whom Yukawa met on the train. Avid followers of the series should find this a refreshing change. 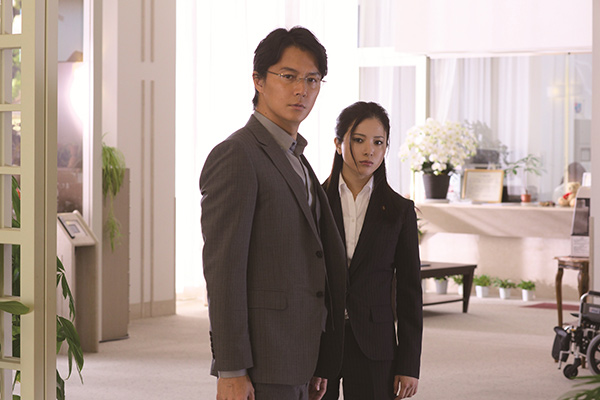 This film, as with it’s predecessor, Suspect X, seems to have strayed from the formula adopted by the series which makes it so unique; mysteries which are mysterious because of the common lack of understanding of physics, resolved by a suave and eccentric physicist (as opposed to awkward and eccentric ones; think “Big Bang Theory”) with his knowledge of physics. But here this element of a “physical” mystery is greatly diminished, and the identity of Yukawa as a physicist is rather irrelevant, serving simply as a justification for a very smart guy to make incredible hypotheses, that on hindsight explained all the facts of the case flawlessly, but almost inconceivable as a foresight. Nevertheless this should not bother most viewers, as even the film seems to suggest; physics may inspire kids but only induced head scratching in adults.

On the whole, the plot is coherent and includes the required final twist, which should satisfy the appetites of fans of this genre. In terms of the story and performances of the actors, this film is still a cut above most of the live-action movies made in recent years. 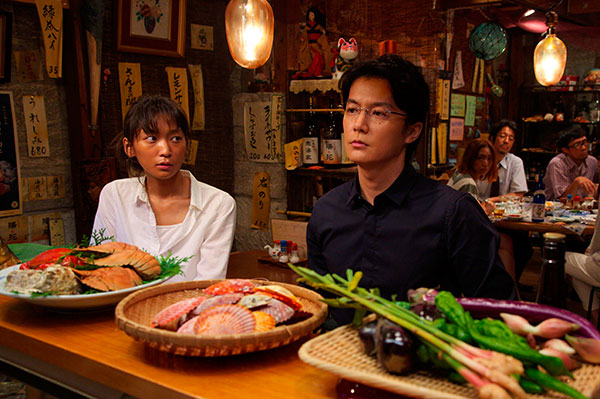